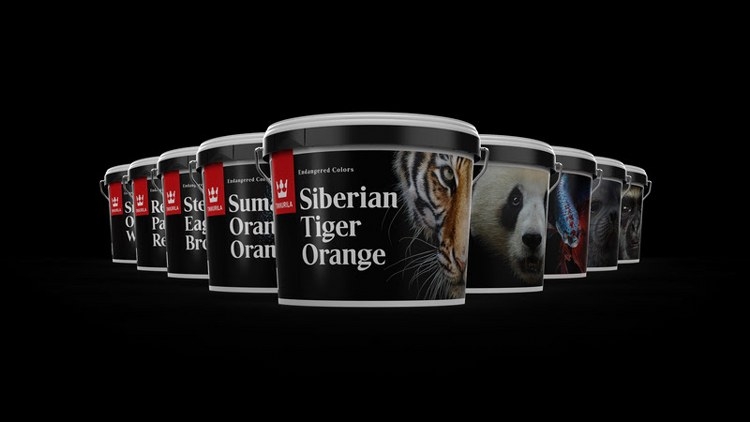 According to an environmental report by the United Nations*, one million plant and animal species will face extinction during the next decades. As species go extinct, unique colors are forever lost.

As the name suggests, the colors included in Tikkurila’s Endangered Colors collection draw from the colors of threatened animal species. The collection consists of nine colors, each representing one threatened species.

The species in the product family include, for example, Siamese fighting fish, Siberian tiger, giant panda and Sumatran orangutan.

– The goal of Tikkurila’s paints has always been to protect buildings and furniture, thus increasing their lifespan. With Endangered Colors this effort expands to the most threatened species on the planet. I believe that we can raise awareness, help protect threatened animal species, and make sure future generations can enjoy a colourful tomorrow, says Elisa Markula, CEO at Tikkurila.

The new paints and their packages are designed to be as environmentally friendly as possible. All the products in Endangered Colors collection are low-emission, water-borne paints and packed in packages made of recycled plastic.

Tweet
Published in News EN
More in this category: « Azerbaijan Tourism Board Partners with Wego to Attract More GCC tourists to “Take another look” at Azerbaijan Getac Select™ Delivers Comprehensive, Specialized Solutions to Customers Across a Wide Range of Sectors and Applications »
back to top