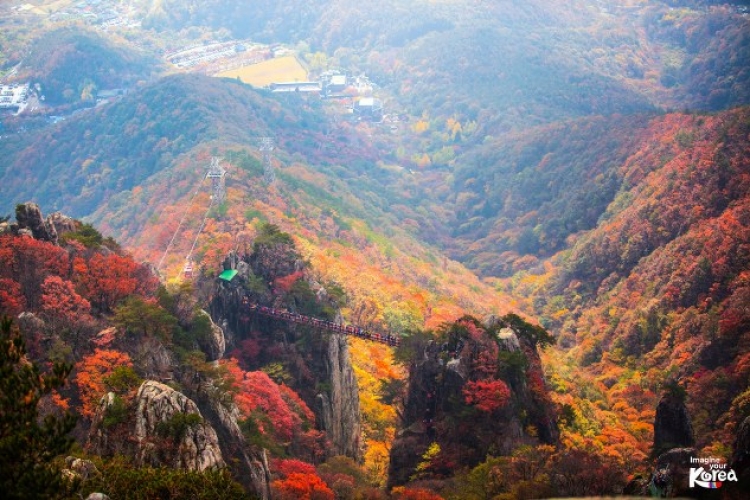 Wego, the largest online travel marketplace in the Middle East and North Africa (MENA), collaborates with Korea Tourism Organization (KTO) to boost visitor’s numbers from the GCC to Korea. This country allows leisure travellers to soak into the scenic sights of high mountains and clear waters. A perfect East-Asian getaway where the man-made marvels beautifully blend with the splendid tranquility of nature.

In recent days, South Korea has witnessed a growing number of cultural, entertainment and recreational facilities to appeal to every type of traveller. Encouraging more tourists from the MENA region, GCC travellers get visa free arrival ranging from 30 to 90 days. Initiatives from KTO have helped to attract around 12.41 million tourists in 2018, with an increased number of tourists by 15.1% in 2019.

“Arrivals from the Gulf have been witnessing a steady growth year on year. Korea received 25129 Gulf nationals until the end of August 2019, an increase of 21.54% compared to the same period in 2018. One of the key reasons for arrivals to remain steady is our consistent and aggressive marketing efforts in going across all platforms and reaching out to our consumers. With the increased frequency of flight services and luxurious cruise ships, the influx of travelers from Gulf and the Middle East have continued to surge.”

Boasting of its 14 UNESCO World Heritage Sites, tourists are exploring the lesser-travelled islands of the Korean Archipelago like Jeju and Busan, the second largest city in south Korea. Offering a picturesque 360-degree view of the endless coastline, Manjanggul Cave is one of the famous UNESCO heritage sites luring countless tourists to this volcanic island.

“Korea is a perfect East-Asian getaway where the man-made marvels beautifully blend with the 5000-year old well-preserved culture and the splendid tranquility of nature. Searches on our platform to this hidden gem have increased by 16 % YoY. We are excited to join hands with KTO to boost visitors’ numbers and expand the country’s reach.”

Emerging as a new hotspot among young travelers for clicking Instagrammable pictures is the Oryukdo Skywalk, a glass bridge protruding from the cliff overlooking the panoramic vistas of the sea. Also, visiting the traditional bathhouse called “jjimjilbang” translated to “the heated room” is a must-to-do thing in the itinerary to unveil the ancient secrets of Korean beauty regimes. Keeping up with the trend, travelers are booking traditional Korean Hanok guesthouses online to experience the Korean hospitality.
It is also evident that the KTO is constantly making efforts to raise awareness about the importance of Muslim friendly travel market in South Korea, as this segment is emerging to be one of the fastest-growing travel segments in recent years.
Halal restaurant week is an annual event held every September to October to promote Muslim friendly restaurants for tourists from all over the world. Over 150 Muslim friendly restaurants participate from all across the country to offer Korean halal food and discount coupons.

Wego provides award-winning travel search websites and top-ranked mobile apps for travellers living in the Asia Pacific and the Middle East regions. Wego harnesses powerful yet simple to use technology that automates the process of searching and comparing results from hundreds of airline, hotel and online travel agency websites.
Wego presents an unbiased comparison of all travel products and prices offered in the marketplace by merchants, both local and global, and enables shoppers to quickly find the best deal and place to book whether it is from an airline or hotel directly or with a third-party aggregator website.
Wego was founded in 2005 and is headquartered in Dubai and Singapore with regional operations in Bangalore، Jakarta and Cairo.

Tweet
Published in News EN
More in this category: « CMBlu Energy AG has signed an agreement for the joint development and industrialization of energy converters for organic batteries. Luxury hotel «The Dolder Grand» accepts payments in Bitcoin with new app «inapay» »
back to top