Mulan, Elsa, and Velma: The Animated HEROINES based on your star sign 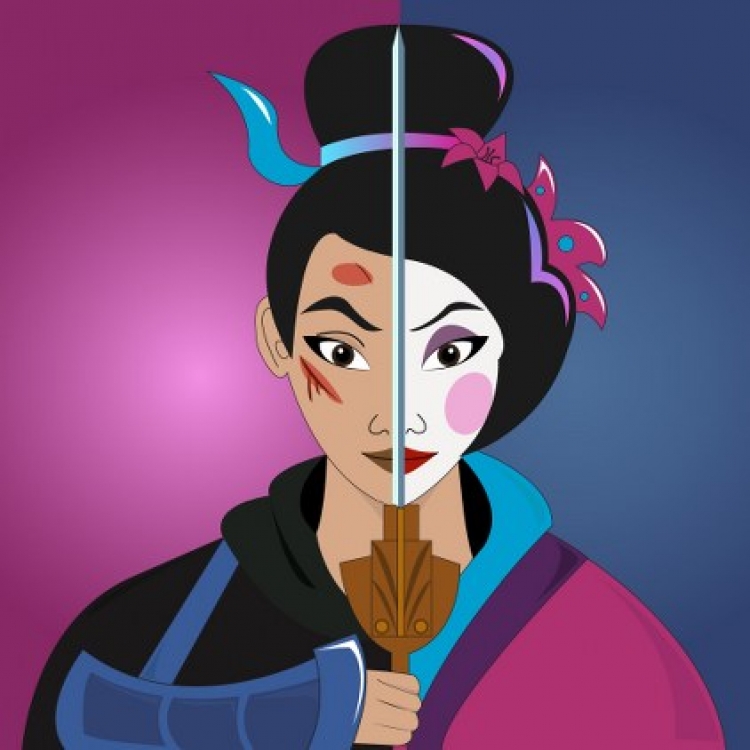 • Hitting Disney+ screens today experts believe Fa Mulan (Mulan) would have been an Aries
• Resident of the underwater world, Sandy Cheeks (Spongebob Squarepants) exhibits strong personality traits of a Leo
• Everyone’s favourite animated teacher Ms. Frizzle (The Magic School Bus) would have been a Pisces
• The super-natural animal talking 12-year-old Eliza Thornberry (The Wild Thornberrys) would have been a Taurus

Since the coronavirus pandemic shut down cinemas and stalled film productions, the long-awaited live action remake of Mulan has finally been released on Disney Plus today.
With fans going crazy with excitement, experts at PsychicWorld.com were inspired to assess the star signs for our favourite animated female characters.

The results are as follows:

From stealing her father’s armer to saving him from certain death, and singlehandedly taking out the Hun army with one cannon, experts have said that China’s heroine would have been the determined and courageous Aries.
Aries are also known to take on psychical challenges, as well as loving comfortable clothes. I mean who can blame the girl for wanting to wear trousers with pockets!

Reliable, patient, and devoted, this animal speaking 12-year-old can sometimes forget that not all animals are as friendly as others. Exhibiting these strong traits is why experts believe that Eliza Thornberry would have been the animal loving Taurus – coincidently the animal star sign!

The glasses-wearing, ‘jinkies’ saying Velma is believed to have been the two headed Gemini!
Her curiosity constantly getting her and the gang in trouble and with the ability to quickly solve any mystery experts have said that she has all the traits of a Gemini.
With a love for books and a strong dislike for being confused, we can’t think of Velma as any other star sign!

The boxer and car machinic Audrey Rocio Ramirez displays qualities of the crab star sign. Not only is she moody, but she also has a dislike for strangers which we see at the very beginning of the animated classic – all weaknesses of cancer. Whilst being loyal and tenacious throughout the film experts believe she fits the Cancer traits to a T!

Our underwater resident Sandy Cheeks is creative, cheerful, and humorous – all traits of the lion headed Leo. With a love for having fun with friends and passionate about her multiple careers – she also is incredibly stubborn and arrogant in front of her more foolish friends like Spongebob and Patrick.

The beloved Marvel Heroine Princess Shuri possesses one of the most brilliant minds in the world, as well as being kind and incredibly analytical.
Experts believe that she holds the common personality traits of a Virgo. #WakandaForever

Graceful and poised - our ice queen Elsa, from the blockbuster hit Frozen is said to be the autumn birthday star sign. Demonstrating typical Libra traits such avoiding confrontation (by fleeing to her own ice kingdom!) to her diplomatic regal personality.

Our stretch-tastic Mrs. Incredible has always been very adamant about breaking into the male dominated superhero world. Resourceful, brave, and incredibly stubborn, experts believe she is the perfect Scorpio.

Archer star Lana Kane is a very tough and strong-willed woman. With a short temper she will say anything no matter how undiplomatic and sarcastic she can be. As an under-cover agent she loves being outdoors and traveling the world and experts at Psychic World believe she would be the winter star sign, Sagittarius.

The anime inspired television series Avatar: The Last Airbender gave viewers one of the best heroines. Katara is a responsible, disciplined, and self-controlled character making her the perfect fit for a Capricorn.

The super-villain stopping teenager Kim Possible not only kicked ass in between classes but also had time to cheer on Middleton High School. Her independent and humanitarian traits led experts to consider that this after school favourite character would have been the air sign Aquarius.

TV’s favourite animated teacher Ms. Frizzle is an intuitive, kind-hearted, and artistic character. She loves to tell jokes that are related to her lessons, even if she is the only one laughing! Psychic World experts believe this know-it-all character would have been a Pisces!
We really hope you found this information useful! If you publish the research included in this release, you must credit PsychicWorld.com. A link credit allows us to keep supplying you with future content that you may find useful.

Published in Lifestyle
More in this category: « How Your Sleeping Habits Are Likely to Make You More Successful! These Movie Stars Are Making THOUSANDS Per Word »
back to top