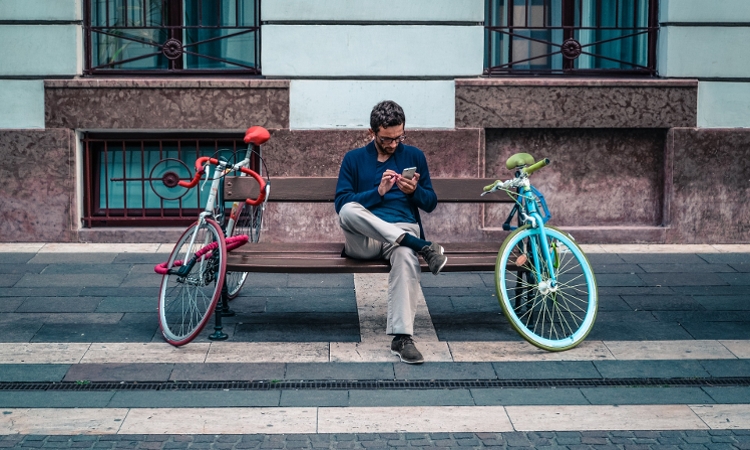 A talent meeting, highlighting the opportunities and incentives available for ex-pats, skilled professionals and entrepreneurs in the Basque Country, will be held on 2 October 2019 at London’s ETC Venues – Marble Arch.
The ‘Be Basque Talent Meeting’, hosted by Bizkaia Talent, a public-private partnership that promotes industry and career opportunities in the semi-autonomous region of northern Spain, is part of global initiative by the Biscay Government to encourage skilled professionals and investors to move to Bilbao and the wider Basque area.

It’s London meeting, on 2 October 2019, will provide attendees with the chance to learn, first-hand, about the current and future situation of strategic sectors in the Basque Country, as well as the wider opportunities and support packages that exist for career and business development – including tax rebates of up to 25%; start-up and ‘scale-up’ funding; and technical support services.
With the status of the UK’s relationship with the European Union (EU) beyond 31 October 2019 – i.e. the UK’s latest formal leave date – still unclear, Bizkaia Talent will be using this meeting to pitch the Basque Country as an alternative, and attractive, destination for skilled professionals, business owners, and investors.

The UK is home to 156,000 Spanish nationals, according to recent figures from the Office for National Statistics (ONS), with about half this number aged 20 to 39.
Of those of working age, 19,400 were employed in the academic; 17,000 in banking and finance; and 5,500 in the transport and communications industries between 2013 and 2015. These are sectors that marry with the Basque Country and make current UK-based staff, and industries, prime targets for the Bizkaia Talent’s recruitment and talent mapping initiative.
The UK remains a popular destination for Spanish nationals. However, there is, now, a growing trend of those returning, and EU nationals relocating, from European cities, with 53,499 Spanish and 82,426 EU nationals moving to the country in 2017 – up 25% and 20% on the previous year.

With a high percentage of its gross domestic product (GDP) dedicated to research and development (R&D), and a glowing ranking in the OECD’s Wellbeing Indicator, the Basque Country is well placed to accommodate such workers and is on its way to becoming a global hub of innovation and growth. It is already home to a number of business giants, including Iberdrola, the world’s third largest energy supplier, and compares favourably with Madrid and Barcelona as a ‘scale up’ destination.
Like its domestic rivals, though, it did have to contend with issues of large-scale migration –with the UK proving a popular destination for its graduate and skilled labour forces following the global downturn in 2008 – and, as part of its effort bring talent back to the region, and diversify its industry, the Biscay Government has introduced a series of incentives, including technical support services and tax breaks for workers and entrepreneurs that choose to relocate – with foreign professionals arriving, and expats returning from the UK and other countries, eligible for an tax rebates of up to 25%, across their income, for up to five years.

The Biscay Government and their strategic partner, Bizkaia Talent, believe these packages of support, coupled with the uncertainties borne from the Brexit negotiations, will appeal to skilled professionals – particularly from STEM backgrounds.
Bizkaia Talent launched its ‘Be Basque’ initiative in 2008 and has hosted a number of conferences and meetings across Europe – in cities such as Barcelona, Berlin, Dublin, Geneva, Munich, Stuttgart, Toulouse and Zurich.
Bizkaia Talent uses events, such as its meeting in London, to build its ‘Be Basque Talent Map’. This platform gives highly qualified professionals living and working in more than 100 countries the opportunity to meet each other and engage with 320 Basque organisations. It has more than 11,000 professionals in its network, and, of this figure, 45% were born in the Basque Country.

“After the financial crisis of 2008, a large number of STEM-qualified Basques relocated to the UK for work. This proved a good move for many, given their backgrounds in high-skilled industry

“However, we believe, with an improving economy in the Basque Country and continuing uncertainties born from Brexit, that there is now a chance to bring them back – and we’ll be using this event to speak with them about the employment opportunities and incentives on offer for those that choose to relocate

“It’s clear that Brexit is weighing on the minds of many foreign nationals and causing real uncertainty throughout the UK labour force. So, we’re hoping that our pitch of a life in the Basque Country – where we embrace a northern European business drive and southern European lifestyle – will prove appealing.

“We’re also keen to connect with the Basque diaspora, here in the UK, and develop joint projects and collaborations between our businesses and industries”

The Basque Country is uniquely placed to provide scale-up opportunities to start-ups and entrepreneurs. Its resident labour force is highly educated – with over 48% of its population in receipt of a tertiary qualification – and, as a region, it boasts the highest proportion of STEM (science, technology, engineering and mathematics) graduates in Europe.

Further to this, the Basque Country has one of the highest life satisfaction rates in Europe, as confirmed by the latest OECD Well-Being Indicator. It also scored highly on the 2013 OECD Human Development Index and has the third highest per capita income and productivity rate in the EU. This, parceled with its established and growing industrial base, makes it an attractive place for professionals to develop their career and family life.

Like elsewhere in Europe, though, Basque Country was hit hard by the 2008 global downturn, and is also having to contend with demographic changes, such as an ageing population – it has the highest life expectancy in Europe, at 83 years – and a low birth rate. In 10 years’ time, it is predicted to face a loss of 200,000 working-age people owing to demographic changes, including retirements, which will represent 10% to 15% of its workforce. As such, there are efforts such this event, to bring new enterprise and professionals to the region, so that it can continue its impressive growth.

Tweet
Published in News EN
More in this category: « Oda Jaune – Beyond Gravity – Galerie Templon PIA MIA TEAMS UP WITH GUNNA AND CARNAGE FOR THE HOT NEW SINGLE "DON'T GET ME STARTED" »
back to top